What is an IDO?

IDOs or Initial Dex Offerings are the dominant way of fundraising for crypto projects today. In an IDO, crowdfunding is done via the support of a decentralized exchange, usually built specifically to launch IDOs. These are known as IDO launchpads.

IDOs have become a big part of the crypto ecosystem ever since the first one held by Raven Protocol in 2019. These IDOs are significant improvements over their predecessors – ICOs, or Initial Coin Offerings. Unlike an IDO, an ICO conducts its crowdfunding either via regular crypto exchanges or directly on its platform, largely controlling access.

Since IDOs have grown in popularity, dozens of new ones have been released every week, saturating the market with stale and repetitious NFT games. After all, the focus seems to be quality over quantity.

That isn’t the case with Enjinstarter — an IDO launchpad dedicated to screening and launching some of the most promising forthcoming NFT games. With this list of the top 5 forthcoming Enjinstarter IDOs, this post will help you make the right decision when it comes to choosing an Enjinstarter IDO to invest in:

Fight Legends is a 2.5D fighting game based on the Polygon side chain on the Ethereum blockchain, utilizing cryptocurrencies and NFTs to create a unique fighting experience that is reminiscent of arcade fighters of old, such as Mortal Kombat. The team behind Fight Legends aims to turn this project into a game that is on par with AAA games made in the world’s biggest game studios, all the while creating a solid presence in esports tournaments.

Fight Legends is divided into regions and sub-areas, with a total of eight different stages to fight upon. Players can fight on these while completing missions, earning their native token, $FIGHT, and in-game assets.

The game’s IDO will take place on Enjinstarter, although the date is not revealed as of yet. Keep an eye out for this marvelous project and its future announcements.

Reign of Terror, with its token – $ROT – is a unique cyberpunk P2E blockchain game on Solana developed by the studio Red Door Digital. Reign of Terror combines DeFi staking and NFTs to deliver a unique gaming experience featuring Heroes, Blueprints (Crafting), Lands, and more. Users can wage war in high-stakes gameplay. In other words – their (or others’) NFTs can be stolen, ransomed, or burned.

As it even packs NFT lending and liquidity pooling functionality, it’s quite clear whether you’re a non-crypto gamer just looking for investment options, a P2E gamer, NFT Collector, or a gaming guild, or even a Scholar, RoT is quite a compelling choice, worthy of your attention.

Bladebound: Swords of Blood is a hack and slash action RPG on mobile, akin to old school titles like Diablo or Gates of Baldur. The game has flamboyant combat, great graphics, a variety of game modes, and much more. It is one of the first AAA RPG titles set entirely on the blockchain.

Swords of Blood has highly detailed environments and fleshed-out characters, giving you the best possible level of immersion. You can play as a dungeon hunter, a bounty hunter, or a grinder on the lookout for loot, all fighting for greater rewards and glory.

The game’s IDO date is yet to be announced, but it will take place on Enjinstarter. Don’t forget to participate in their IDO when announced.

Axes Metaverse is a battle royale game in which players run around in different arenas, throwing axes at their opponents and trying to kill them. The last player standing is awarded the title of the King of the Arena and is awarded in-game items or the universal metaverse token, Axes Metaverse Shards.

Axes Metaverse has more than 35 million installs and is the blockchain-based spiritual successor to the hugely successful Axes.io mobile game, developed by Azur Games. Axes Metaverse aims to empower them via the play-to-earn model while increasing the rates of adoption of blockchain technology by the casual gaming audience. Axes Metaverse will hold an IDO on Enjinstarter sometime shortly, so be sure to check them out.

Apeiron is a Play to Earn god strategy simulation game where players can play as a god by ruling their planets and taking command of gigantic avatars in the battle against their foes. The game has been six years in development and has the potential to revolutionize the blockchain gaming industry.

As part of the new wave of NFT games focusing more on “play”, and less on “earn”; Apeiron has engaging gameplay and a compelling story, creating the best possible gaming experience. It utilizes an innovative tri token economy, rewarding players on all skill levels with great incentives.

Visit Apeiron’s site to know more about it, and keep your eyes peeled for its future IDO on Enjinstarter.

Invest in the Right Games!

Hopefully, the above post has helped you narrow down your list of P2E games to invest your time and money into. To get to know more about other great NFT games, you can visit Enjinstarter. 26 Dec 21 admin
Crypto has gain a lot of eyes especially from recent years. We all know that…
Crypto
0 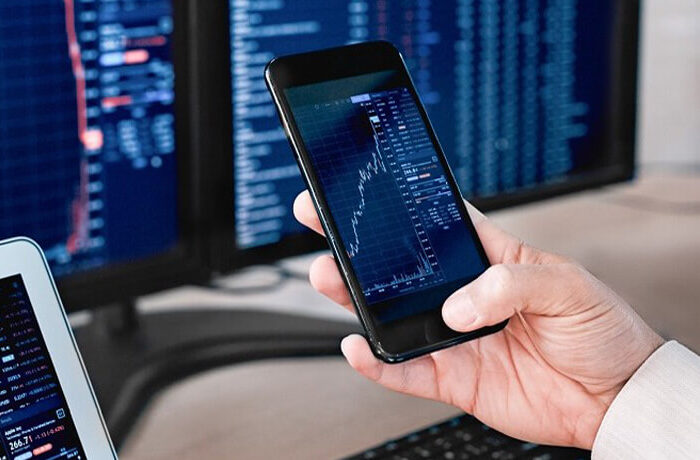